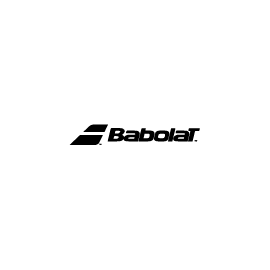 The best rackets of the French padel brand land in Padel Pro shop, a selection of the best adel rackets, also this season presents an interesting collection of Viper rackets focused on the offensive facet of padel without giving up the classic control game. If you want to see more products of the brand click here.

The French brand Babolat has been one of the most recognized brands in the field of tennis for decades. A few years ago, it landed in the world of paddle tennis to become one of the reference brands. They currently sponsor the number 1 in the world, Juan Lebrón.

In 2022 they continue betting on their 3 most recognizable lines: Viper, Vertuo, and Veron.

These 3 ranges include sub-ranges within these 3 models.

Air: ideal for those who want to make the most of the aerial game.

Technical: ideal for those more technical players who seek maximum power in their shots. In 2022 it will continue to be Juan Lebrón's rage.

Counter: A racket more oriented to the drive player that does not give up the offensive facet of the game.

As a general rule, control rackets usually have a round shape, unlike power blades, which have a diamond or tear shape. In the case of Babolat, the most control rackets within its range will be the Counter.

Babolat has a wide range of rackets for all types of players and levels. The price goes from 80-90€ for the initiation or junior padel rackets, which are the cheap padel rackets, and up to more than €300 for the Technical Viper, made with materials such as carbon fiber.

Since its inception, Babolat has been very good at choosing the players it sponsors. The most representative case is Rafael Nadal in Tennis, where they have accompanied him from the beginning.

In the world of paddle tennis, they have had the services of Juan Lebrón, number 1 in the world and, for many, the best player in the world today. They also have former player and current coach Fernando Poggi. Another player they sponsor is Miguel Semmler, a drive player who has grown a lot in the last year.

Within the female padel, their most visible face is the Argentine Virginia Riera.